You are using a web browser that may not support the design features on this site.

For the best experience, please switch to another browser. We recommend Chrome or Firefox.

Is the Mercury in Amalgam Fillings Toxic? 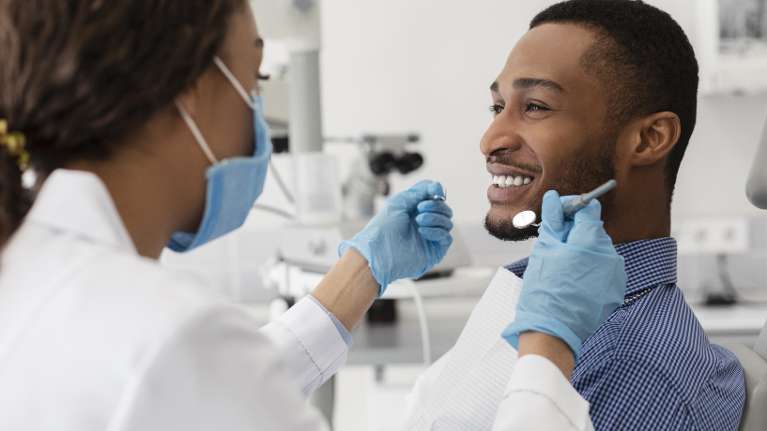 Do you need a dental filling in Woodland Hills or Manhattan Beach, CA?

We use tooth-colored fillings exclusively in our dental office and have done so for more than a decade. Let’s explore why we’ve made this decision and how you can prevent future tooth decay with the help of your dentist.

What Is Dental Amalgam?

Dental amalgam is a restorative material that has been safely used in dentistry for decades to fill and restore tooth structure that has been lost through decay.

Amalgam is silver, tin, and copper particles with elemental (liquid) mercury. Liquid mercury can bind the metal particles to form a stable compound, sealing the tooth and helping to prevent future decay.

Due to its silver color, it is also referred to as a “silver amalgam filling.”

Dentists have placed amalgam fillings for over 150 years since its introduction in the United States in 1833.

The amount of information available on the topic is overwhelming, and it can be challenging to find a clear answer. In the end, it comes down to whose science you want to believe.

Since the 1990s, several agencies such as the CDC, FDA, and ADA have reviewed the scientific literature to find a link between dental amalgam and adverse health effects.

Based on the reviewed scientific evidence, the FDA has concluded that amalgam fillings are safe for adults and children over six. This is true even if the patient has multiple fillings.

Claims of diseases such as multiple sclerosis and autism resulting from amalgam fillings come from anecdotal evidence, and creating or enforcing policies, as a result, is simply bad science.

After careful consideration and observed successes and failures, our dental office decided to stick with tooth-colored fillings. And we have not placed an amalgam restoration in over a decade.

We believe that amalgam is an excellent restorative material, but our patients desire more aesthetic and natural white fillings.

Our Manhattan Beach and Woodland Hills dental offices also replace older amalgams as they begin to fail with the tooth-colored option. We also do replacements for cosmetic purposes at a patient’s request. However, we don’t advocate removing amalgam tooth fillings when they are in good condition.

Patients can request rubber dam placement during amalgam removal to minimize exposure to mercury during treatment.

Remember to brush, floss, and regularly visit your Woodland Hill, CA, dentist for checkups and teeth cleanings! These habits lower your risks for tooth decay and eliminate your need for fillings.

The release of mercury into our environment and our food chain is not under dispute. Although the biggest polluters of mercury are coal-fired power plants and mining operations, we don’t dispute that less mercury in the environment is a good thing.

We also understand that this is a highly controversial topic. We have tried to show a balanced representation of the information available so that you can make an informed and educated decision at your next dental appointment.